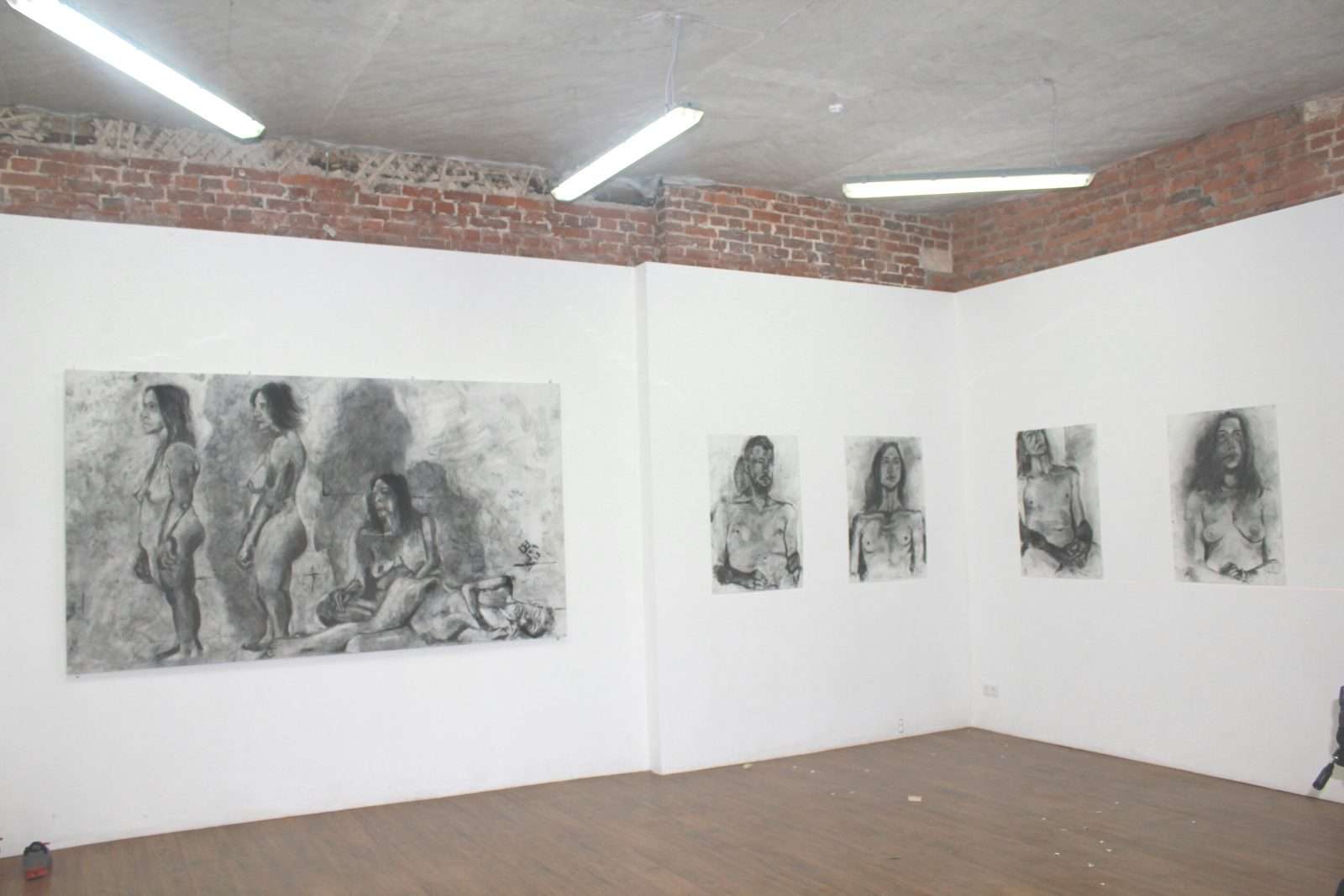 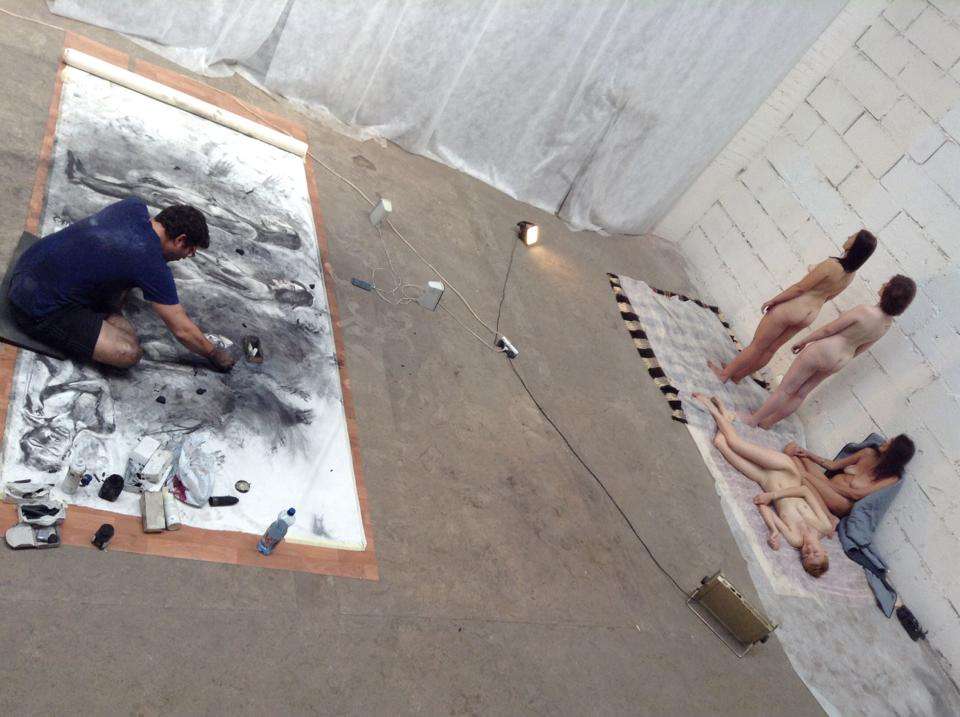 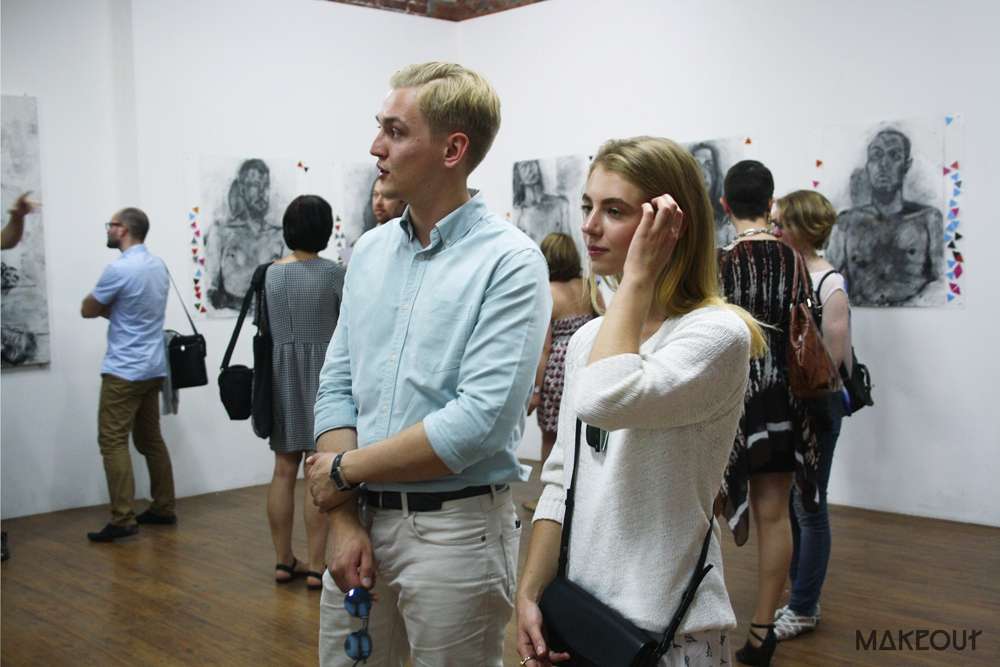 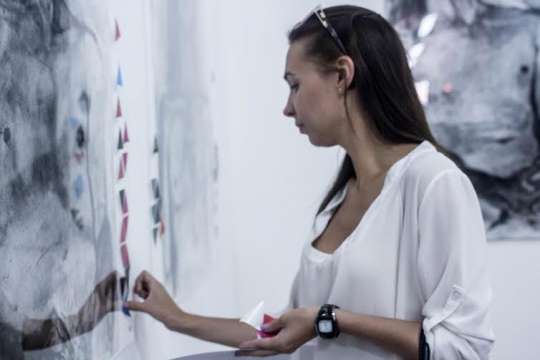 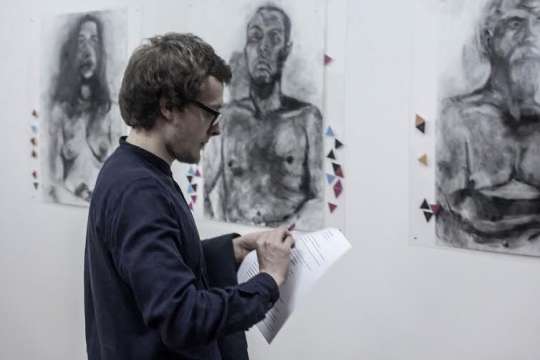 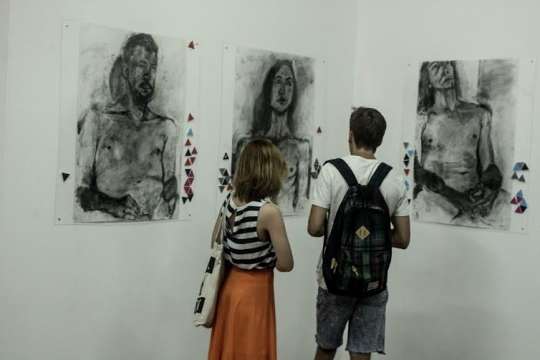 In July 2015 at the ZECH gallery in Minsk Belarus, in a project that moved between painting and performance, I created an installation; the installation intended to commemorate the Gay victims of the Nazi persecution and embrace them in the collective memory of the Holocaust. In the same time, the whole project came to awaken the awareness to the topics of tolerance and human rights.

In order to underline the message of the installation, visitors to the show were encouraged to mark the work of the person they thought is queer (women or men) with a pink triangle – the same sign that the Nazis marked Gays in there death camps.

This project was initiated by Gay Belarus/ identity and ToBeQueer two human rights organizations that work in Minsk they will do the organizational work on the ground. During the exhibition, they will facilitate lectures and workshop on the topics of tolerance and human rights in the same space.

According to the organizers the event; the show, with its vast media coverage and a very diverse crowd of more than 2000 visitors during the two weeks of the exhibition, was by far a great success.